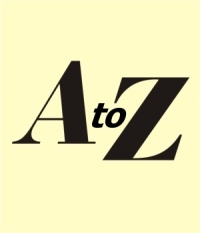 is a material which during discharging of cell provides electric energy due to the chemical reaction and throughout the charging returns back to its original state.

is the amount of electric charge which can deliver at the rated voltage. Capacity is measured in units such as amp-hour (Ah). For exemple: C10 means that the battery with stated capacity should provide for 10 hours discharge current equal to one tenth of the nominal capacity.

is the process of charging a rechargeable battery and discharging it as required into a load. The term is typically used to specify a battery's expected life, as the number of charge cycles affects life more than the mere passage of time.

is discharging the battery fully before recharging.

is a liquid or solid substance that contents free ions with positive and negative chargé and conducts electricity.

is prescribed value of a cell/battery voltage at which the proces of charging is considered as completed.

is prescribed value of a cell/battery voltage at which the proces of discharging is considered as completed.

is charging that was terminated sooner than the battery showed the signs of full charge. If this process is repeated in the cyclic operation of the battery and if the battery is not subsequently fully charged then there could occure a process of sulfation and the battery could be irreversibly demaged.

is a phenomenon in batteries in which internal chemical reactions reduce the stored charge of the battery without any connection between the electrodes. Self-discharge decreases the shelf-life of batteries and causes them to initially have less than a full charge when actually put to use.

means a reduction of battery capacity due to the formation of sulfur crystals on the plates of active mass (electrodes).